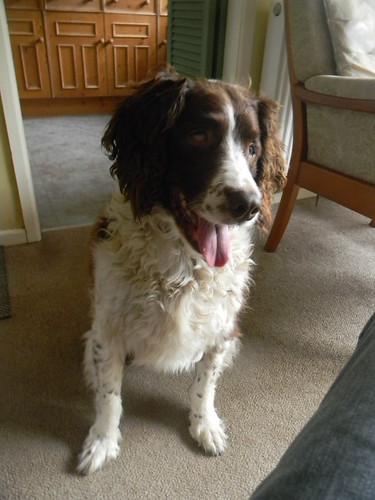 This is our seventh rescue dog from the superb Waggy Tails Rescue since 1998.He joined us on Tuesday as a long term foster.You may detect problems with his eyes where he has limited vision due to a nerve problem which he has probably had since birth.He also has a severe ear infection and a large growth between the pads on one of his feet which means he will be having a few toes removed next week.The previous owner who is apparently emigrating was it seems aware of the growth! I have my own thoughts as to why such a lovely dog was given up but will keep them to myself! Despite all these problems and being 10 years old,his tail has hardly stopped wagging since he arrived! He is a bundle of joy! We are SO lucky to have him!