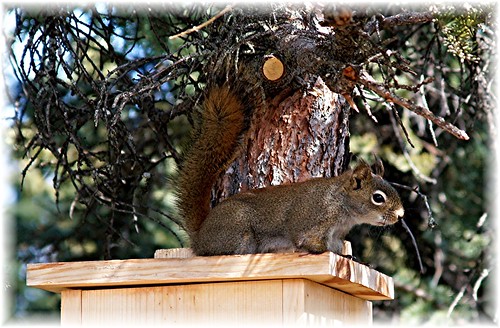 This baby squirrel is just beginning to venture out on his own and mother squirrel is not too pleased about it. She is constantly shoving him back inside of his box as she flicks her tail and chatters at him. As soon as she leaves him – his little face appears, and once the coast is clear he scampers out. Since he had never seen a human being before – I was able to get to within 18 inches of him before he sought the safety of the tree. In this shot he is trying to decide what I am.