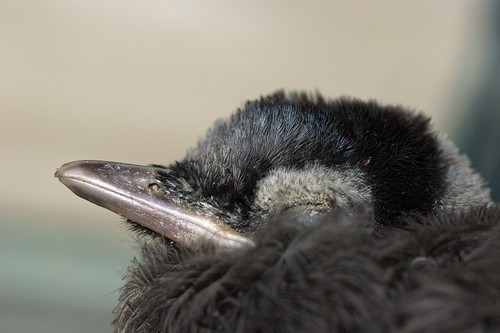 this is a baby bluejay that I fell out of its nest on sunday morning.
I tried to get the parents to come and feed it in a hanging dish on
my front porch, but to no avail. I ended up taking him to wildlife rescue.
He will be fine and making a racket in the trees very soon.

Tagged: , ©allrightsreserved , ©copyrightreserved , ©mjba , 2011 , austin , baby , BEJ , bella brought him to me , blue jay , featheryfriday , geotagged , goldstaraward , he is going to be fine , he was very hungry, so they fed him right away , I called wildlife rescue and they told me to put him in a flower pot in the hanging dish and wait for the parents to find him , I dropped my kids out of their nest once.They landed hard on the floor. The hospital said ‘we don’t blame you; they’re crazy kids. We’d have done the same. They’ve recovered with minimal damage – I mean, who needs all their teeth anyway? , I had the cats locked in the house , I had to reach down into the hole to rescue him again , I put him in a hanging dish I use for water for the birds, but he kept jumping ship , i rescued him from her , I tried to put him up in an opening in an old oak tree in my backyard, but it turned out the opening was a big hole which he fell into , macro , nature , NaturesFinest , Sorry, that was rude of me – I didn’t intend to be sarcastic about your endeavours – I wish more people would be caring in the same way , sunday saga , the beak is so much like a kitty’s ear! I thought it was a picture of a cat : ) , the parents came by once and then never again, so I called wildlife rescue back and they told me to bring him in , they are animal angels